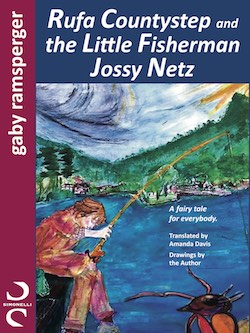 Where can you find unlikely friendship
If Rufa of the linnaeus ant could speak she might say:«In the heart of the brave, in the imagination?»
Wait a minute! Who said speak?
On the day of the meeting in the council chamber, the Queen of the ants had reminded them of the mortal risk of running into a human.
Rufa has asked: «If were we befriend them? Maybe they wouldnt fight us anymore.»
This had sparked laughters and even the Queen had smiled.
«Rufa Countystep! Youve got strange ideas. Nobody has ever befriended a sapiens.»
Then the disaster. The previous days storm had flooded the forest and the linnaeus anthill had been carried away by mud and disappeared.
Rufa had done everything within her power to save what she could but despite her efforts she was now a survivor in front of a never before seen lake and not far away from her oh! wow  a little sapiens !
What game was the little sapiens playing with that stick that he continued to cast in the water and then wait for?
Rufa doesnt realize that shes very small. This distinction hadnt existed in the linnaeus colony.
Would it be that difficult to implement her strange idea to befriend a sapiens ? The whole assembly of linnaeus had laughed at this idea

Gaby Ramsperger Zagni, writer, spent her childhood in Zurich. She studied architecture at Politecnico in Milano working in the graphic design and advertising photography sector.